The world holds a lot of secrets, we won’t probably know about all of them. There are secrets that are worth hiding; then again, there are secrets that are a great contribution to world history when known. The facts included in this list aren’t secrets, but worthwhile additions to the history of the world nonetheless; they are the most original airports in the world.

Some airports here may have been hastily constructed while others are carefully planned. Take a look at these unique airports from all over the world.

Courchevel Airport, French Alps. If you have imagined someone flying through the Alps to land at a cliff face, it’s a normal thing for airplanes landing at Courchevel. This is an airport that has a runway of only 525-meters and one that ends at a drop. If you’re a beginner, you’re definitely not going to be led to land at this runway.

Congonhas Airport, Brazil. The country has been already famous for their hill houses and crowded neighborhoods. This airport is also a victim of over-crowding; it used to be far away from the urban area in the 1930s. Year after year of encroaching population have finally connected the airport to the neighborhood, making it a challenge to land at.

Princess Juliana Airport, Saint Martin. Chances are you’ve probably seen images of this airport. It’s famous for a few things; it’s a true acid test for beginner pilots, as they have to rely on manual settings to land. It’s also quite famous for its proximity to Maho Beach, a busy beach whose revelers have gotten used to airplanes flying low as they enjoy the sun. 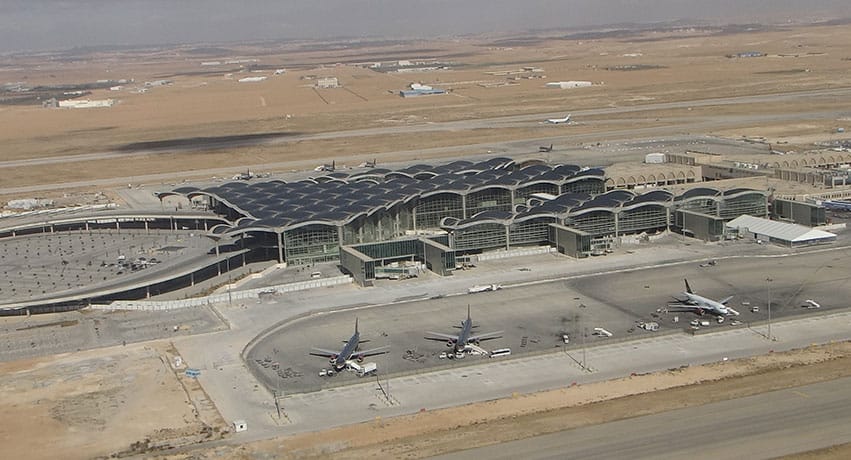 Queen Alla International, Jordan.It is famous for being one of a series of concept airports. Foster + Partners have definitely outdone themselves in this design. Inspired by Jordan’s nomadic past, the structure, when viewed from above, reminds one of a community of Bedouin tents bunched closely together. The building has also been designed to accommodate the weather in the area.

London Britannia, UK. While plans haven’t pushed through for the Britannia, it would’ve been an impressive airway had it been finished. The airport was supposed to create an extra arm at the Gatwick or the Heathrow. It would have also placed a floating structure on the Thames, which will then connect to other forms of transportation—namely the railway system.

If you can think of it, then someone can build it. That these airports exist only shows there is no limit to human imagination as well as the ingenuity of making something work.